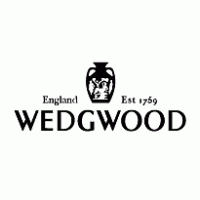 It is generally claimed that William Greatbatch was apprenticed to Thomas Whieldon and first met Josiah Wedgwood I at Fenton, but there is no documentary evidence to support this. Greatbatch may have been acting for Wedgwood in London as early as June 1760. It is certainly the case that in 1762 he began a close business association with Josiah I, as well as setting up a pottery in his own right at Lower Lane, Fenton.

Greatbatch began to supply Wedgwood with a wide range of block moulds and biscuit earthenware (for colouring and glazing at Burslem) and probably finished wares also. An arrangement between the two potters seems to have been maintained until the mid-1770s.

Greatbatch continued in business for 20 years but was declared bankrupt in 1782. By 1786 he had gained employment at Etruria, on very favourable terms, and probably became general manager from 1788 until his retirement in about 1807. Josiah I evidently had high regard for his colleague and allocated him a substantial pension.

Brother to Enoch Wood, a celebrated Staffordshire potter and modeller, William Wood was apprenticed to Josiah Wedgwood I in Burslem and later became chief modeller of useful wares. He also worked on the first edition of the Portland Vase.

In 1768 Josiah I helped his nephew, Thomas Byerley, emigrate to America. Byerley was an aspiring writer and actor but he eventually settled in New York as a schoolmaster. He returned to England in 1775 due to the outbreak of the American War of Independence and was employed at Etruria before becoming the London manager on Thomas Bentley’s death. Byerley was succeeded in London by his son, Josiah. 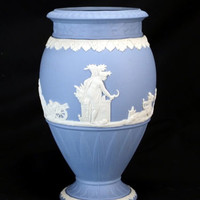 The French spirit of the Barbizon School of naturalistic painters was brought to the Potteries by artists such as Edouard Rischgitz (employed by Minton c1864-70) and Emile Lessore. The latter was born in Paris and studied under Hersent and Ingres.

Lessore first painted on ceramics in Laurin’s factory at Bourg-la-Reine, near Paris, and he later worked at Sèvres for six years from 1852. Following the death of his wife in 1858, he moved to England and was employed by Minton. However, he felt artistically constrained and oversupervised, so in the spring of 1860 he approached Wedgwood for work. His appointment was confirmed in August that year.

At Wedgwood, Lessore enjoyed artistic freedom, and he built up a decorative art studio that boosted the firm’s national and international standing. A large selection of his work received widespread acclaim at the 1862 Paris Exhibition, and the retailers Phillips, of London, subsequently purchased the entire display. Lessore’s only remaining complaint was the English climate, which had an adverse effect on his health, and he negotiated a flexible arrangement with Wedgwood which allowed him to return to Paris with the option of living in London in the summer.

In time, Lessore assumed a somewhat ambassadorial role and concentrated on providing outline sketches and designs suitable for enhancement by Wedgwood’s workforce. By 1867 demand for his style of work had declined, and two years later both parties reluctantly entered into a new agreement whereby he continued to work for Wedgwood in a very limited way only.

Regarded as the leading Staffordshire painter of the 19th century, Allen trained at the Stoke-on-Trent school of Art and won a National Art Training Scholarship in 1852. After studying at the South Kensington School of Design in London, he was employed by Minton as a figure painter. In 1876 he joined Wedgwood, and the firm thus gained a prestigious replacement for Emile Lessore. He maintained his position as director of the Fine Art Studios (effectively art director) at Etruria for 20 years from 1878 and fully retired in 1904. Allen’s figure work – often depicting romantic, scantily clad females – is predominant on vases and plaques, but he was also responsible for the development of tile and tableware designs at Etruria.

John Goodwin joined the design staff at Etruria in 1892 and was appointed art director in 1904. This was a time of great rationalization for Wedgwood and Goodwin proved a realistic manager. He replaced the Victorian-inspired art wares with more conventional ranges and adopted many of Wedgwood’s original 18th-century tableware shapes and patterns to suit 20thcentury demands. Goodwin particularly targeted the American market, which had traditionally always admired Wedgwood’s wares in the “Federal” (neo-classical) style.

An ideal balance was formed at Wedgwood, with Goodwin overseeing the manufacture of commercial ornamental wares (by designers such as Daisy Makeig-Jones) and Alfred and Louise Powell concentrating on art wares. Before his retirement in 1934, Goodwin’s marketing experience with traditional middle-range tableware helped Wedgwood to survive the disastrous effects of the Depression.

In 1903 Wedgwood received a series of contemporary designs from Alfred Powell and, conscious of the public interest generated by the Arts and Crafts Movement, immediately realized their potential and put them into production. Powell trained as an architect, but in the 1890s abandoned the traditions of “drawing board” design and became involved with the revival of vernacular styles. In 1906 he married Emile Lessore’s granddaughter, Ada Louise, and the couple began working together as Alfred H and Louise Powell. Early in the following year Wedgwood set up a studio for them at Bloomsbury, London.

Louise Powell trained at the Central School of Art in London, and was for many years closely associated with the Arts and Crafts Exhibition Society. She and her husband often worked together on important commissions and it is therefore sometimes difficult to distinguish the individual hand. Their designs tend to fall into two categories: either fairly simple flower and foliage sprig patterns for tableware or rich Islamic-and-Renaissance-inspired pictorial, foliate and armorial designs for ornamental pieces.

The Powells visited Etruria regularly, and on one occasion forwarded the idea of producing some existing printed and painted tableware patterns in a totally free-hand form. This met with approval and a number of such patterns were retailed through the firm of James Powell & Sons, to whose owner Alfred was related. This successful revival of hand-painting at Etruria led to the establishment of the handcraft department, under Millicent Taplin, during the 1920s.

The volume of work that Alfred and Louise Powell executed for Wedgwood declined after Francis Wedgwood’s death in 1930, but the couple continued to purchase blanks from Etruria. Much of their later work comprised armorial chargers for country house owners and depictions of historic buildings.

Under the influence of Alfred and Louise Powell, girls from various art schools began to be trained at Etruria in free-hand pottery decoration. Initially, Alfred (“Beaver”) Powell gave them drawing lessons, and only after several months’ training were they allowed to progress to the overglaze painting of earthenware. By the mid-1920s the girls were hard at work on the Powell’s Queen’s ware designs and in 1826 a handcraft painting studio was opened under the supervision of Millicent Taplin.

Taplin began working for Wedgwood in 1917, when she was still a part-time student at the Stoke and Burslem Schools of Art. She became involved in the painting of Persian and Rhodian wares and was selected to train under Powell. In 1928 she started to create her own patterns and by the late 1930s had become one of the Wedgwood’s most productive designers.

During World War II, Taplin took up full-time teaching at the Stoke School of Art, but remained a consultant for Wedgwood and returned to Etruria when peace prevailed. From about 1956 to her retirement in 1962 she ran the newly combined china and earthenware hand-painting departments. 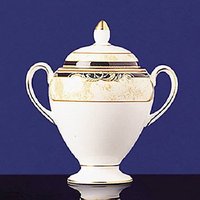 Born in New Zealand, Keith Murray moved with his family to England in about 1906. He served with distinction in the Royal Flying Corps during World War II, and afterwards trained as an architect, but found it impossible to obtain work in the depressed financial climate. As a result he began to take an interest in contemporary glass design and in 1932 he was engaged at the Stevens and Williams Glassworks in Brierly Hill. In the same year, Wedgwood first used his freelance services and within a matter of months he was secured to work for the company on a regular basis.

Murray rapidly developed a series of simple, functional tableware and vases incorporating Wedgwood’s newly developed matt opaque glazes, as well as traditional bodies such as black basalts and red stoneware. The range was exhibited in London and on the Continent from 1933 to 1937 and was well received. Most of his designs were included in Wedgwood’s Catalogue of Glazes, Bodies and Shapes Current for 1940-1950 and many were still being produced well into the 1950s. His last major ceramic design task for Wedgwood came in 1946 – a completely new table service combining plain utilitarian appeal with the capacity to carry any form of decoration. Not surprisingly, the “Commonwealth” service took two years, and a large production team, to complete.

During 1938 a foundation stone was laid at the site of Keith Murray’s largest physical achievement for Wedgwood. In his capacity as an architect he was selected to design, with his partner Charles S White, the modern factory at Barlaston.

Star, the daughter of Francis Hamilton (Major Frank) Wedgwood, was introduced to pottery decoration in the late 1920s by way of Alfred Powell’s painting classes at Etruria. During the early 1930s she became a designer herself and was responsible for a number of patterns on bone china and Queen’s ware. In 1937 she married Frederick Maitland Wright, who later became Wedgwood’s company secretary and joint managing director with Norman Wilson.

The son of a china manufacturer, Norman Wilson spent the early 1920s at the North Staffordshire Technical College. When his father’s health began to suffer, Wilson found himself running the family business as well as continuing his studies. Growing tired of the continuous struggle, he emigrated to Canada and began to earn a living breaking ponies.

In 1927 he was contacted by Francis Hamilton Wedgwood and returned home to replace Major Bernard Moore as works manager at Etruria. He supervised the installation of new kilns and developed various bodies and new matt glazes. His design work included new tableware shapes, such as “Barlaston”, “Globe” and “Leigh”.

After serving in World War II he was appointed production director at Barlaston in 1946, and from 1961 until his retirement in 1963 he served as joint managing director with Frederick Maitland Wright. Throughout his career with Wedgwood, Wilson produced a number of “Unique” studio wares, which were not designed to be retailed through the normal channels. A selection of these were shown at the Grafton Galleries in 1936.

Born and educated in the Potteries, Machin joined Minton as an apprentice paintr while also studying modelling at the Stoke School of Art. During the Depression he left to work for Royal Crown Derby and then became a student at the Derby School of Art, later winning a scholarship to the Royal College of Art. In 1940 he was employed as a full-time figure modeller at Barlaston, where he spent the war years producing figures and groups in a manner reminiscent of traditional Staffordshire “flat-backs”.

In the 1950s Machin taught at art schools in both Stoke and London. During the 1960s he designed new coinage and was awarded the honour of an OBE in 1964 for his work in this field.

Robert Minkin trained at the Wimbledon College of Art and the Royal College of Art. He joined Wedgwood as chief designer in 1955 and progressed to design director by 1979. As well as producing a number of distinctive tableware patterns, he is renowned for a cylindrical coffee set which was first issued in black basaltes and later in ravenstone matt glaze. Minkin was also responsible for the gilt plaques, adapted from originals in the Tutankhamun treasure, which formed part of the 1978 “Egyptian collection”. He retired in 1989.

Paolozzi studied at the College of Art in his home town of Edinburgh before training at the Slade School of Fine Art, Oxford and London. Thereafter he lectured at various art institutions, both national and international, and his work achieved many awards. In 1970 he designed a limited-edition set of six brightly coloured silk-screen printed plates for Wedgwood, entitled “Variations on a Geometric Theme”.